I like to eat at restaurants that take reservations. I’m not pretentious; I just like to make the best use of my time. There is one type of restaurant, though, where I make an exception: Texas barbecue. Texas is home to the original cowboys, the gunslingers and trailblazers. They pushed 20 million head of cattle through Dustbowl territory during the era of historic cattle drives. Beef is in their blood. Texans pride themselves on one of the most difficult cuts of all — beef brisket. They smoke it slow and low until that cow falls apart when poked with a spoon. There’s nothing like it on Earth, and to get the good stuff you’ve got to stand in line.

And while Texans may not have invented barbecue, they perfected it: a quick survey of regional imitators show the fine folks of Kansas City parading hopeless pieces of flesh dripping in ketchup and calling it ‘cue; the never-ending Memphis debate over sugary sauce or dry rub is meaningless if they keep cooking over charcoal; and in the Carolinas they’ll tell you they invented the stuff, as they choke down mouthfuls of vinegar and pork. Yeah, the best ‘cue is here in Texas, and if you find yourself in the Lone Star state, get in line for a plate of meat at these six legendary joints. 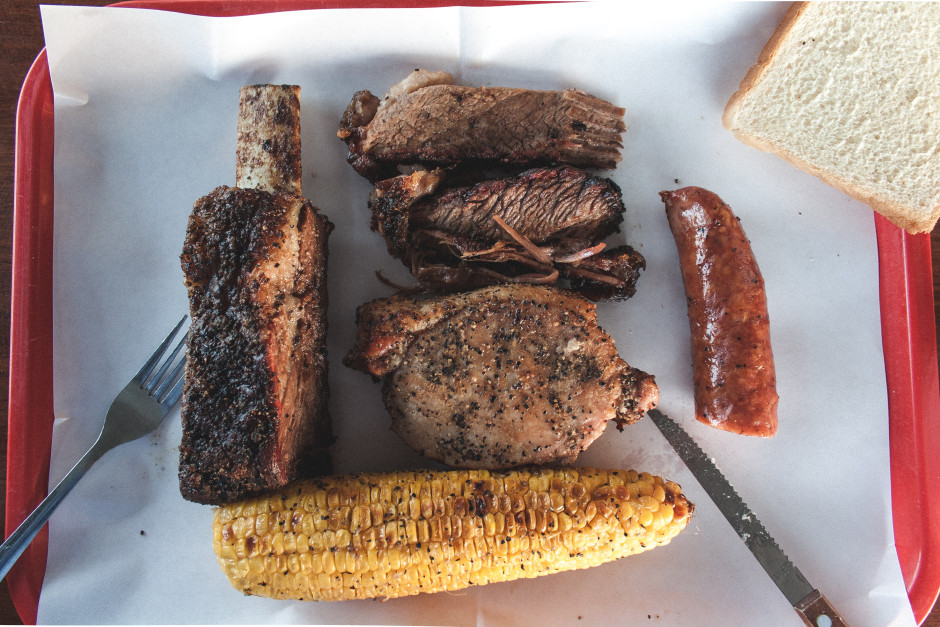 Llano, TX Cooper’s is a Texas BBQ staple. This stalwart smokehouse opened its doors in 1963 in Llano, TX, and now operates four locations throughout the state. All of Cooper’s meats are smoked over the smoldering mesquite wood. It can be a little overwhelming to pick your beef straight off the of pit, but keep your wits about you during the process — your taste buds will thank you when you sit down to a feast of beef ribs and brisket. The pickles, beans and bread are free, and don’t forget your glass of tea. 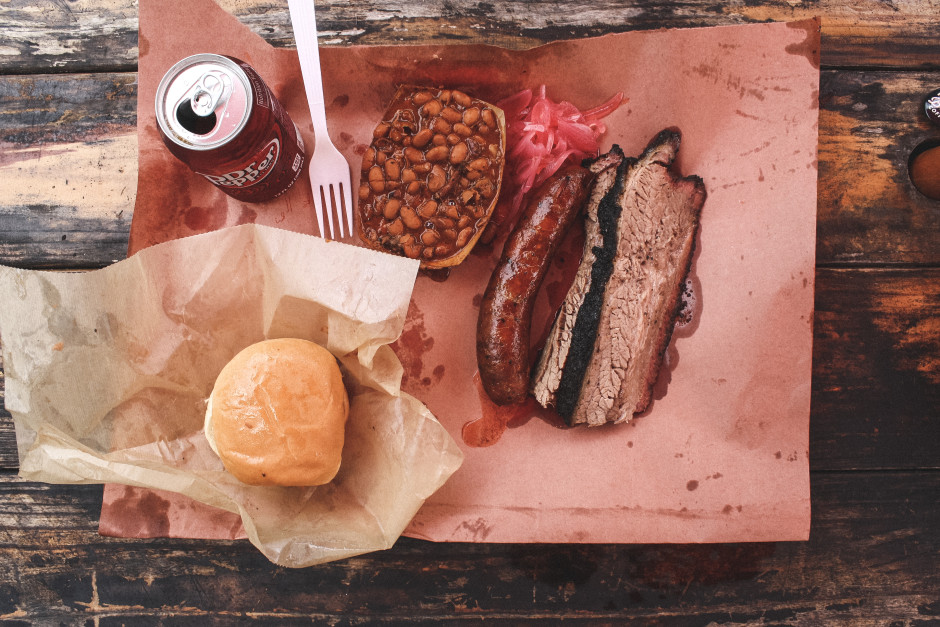 Austin, TX In addition to the Texas old-timers, younger generations of barbecue geniuses are beginning to blow a little smoke of their own. La Barbecue (named for the owner, LeAnn Mueller) is nestled among a flock of food trucks on the east side of the painfully trendy 6th Street in downtown Austin. Get there early because you’re sure to find a line. We waited for two hours before finally indulging. But, oh, was it worth it. Their brisket is otherworldly. It falls to pieces with a mere touch and covers the tongue like a warm silk blanket of meaty deliciousness. It’s a sensory overload. Smoking to perfection over post oak and an indirect heat pit, this fenced-in food truck has a few picnic tables and tents covering its patrons. Friday through Sunday you’ll find a keg of free beer, but once it’s gone, it’s gone. 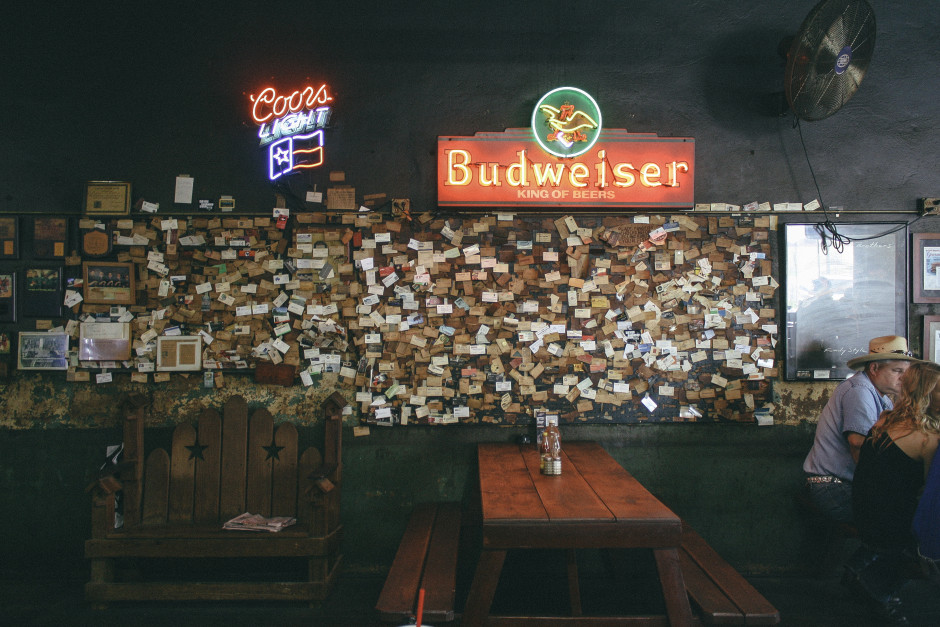 Taylor, TX Football has the Mannings, politics has the Kennedys, and Texas barbecue has the Muellers. Opened in 1949, Louie Mueller BBQ has kept visitors to Taylor, TX, in a euphoric ‘cue stupor for nearly 65 years. Their signature meat is the colossal smoked beef rib. Each pushing two pounds in weight, these ribs are the filet mignon of Texas barbecue, so tender and juicy that the thought of a knife is heresy. There’s a reason they’ve been winning BBQ souls for decades (and it ain’t the building). Inside you’ll find every surface blackened from decades of thick soot floating in the air. Plus, there’s no air-conditioning except for a few fans on the eating floor, a lousy reprieve from the unforgiving Texas sun. This is, by far, the most neanderthal-like experience you’ll find in Texas, and it is completely worth it. 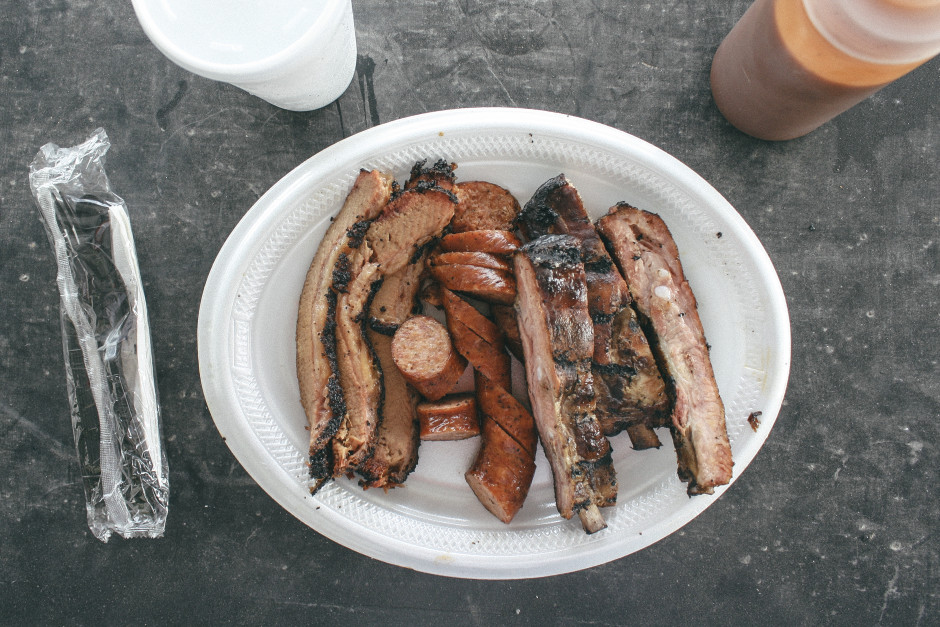 Dawson, TX In the sleepy town of Dawson, TX (population: 852), you’ll find one of the best off-the-beaten-path barbecue spots in Texas: Bubba Moses Pit Smoked BBQ. Smoking brisket was something Donnie “Bubba” Moses always loved. It wasn’t until recently that he turned his passion into a thriving restaurant after consistently selling out during his first year in business — a titan in the making. We tried the brisket, sausage and ribs, all of which were delicious, especially when paired with their homemade sauce, the best we’ve ever had. Beyond the food, this joint really shines because of its southern hospitality. You might find fancier brisket in the big cities, but you won’t find better people. 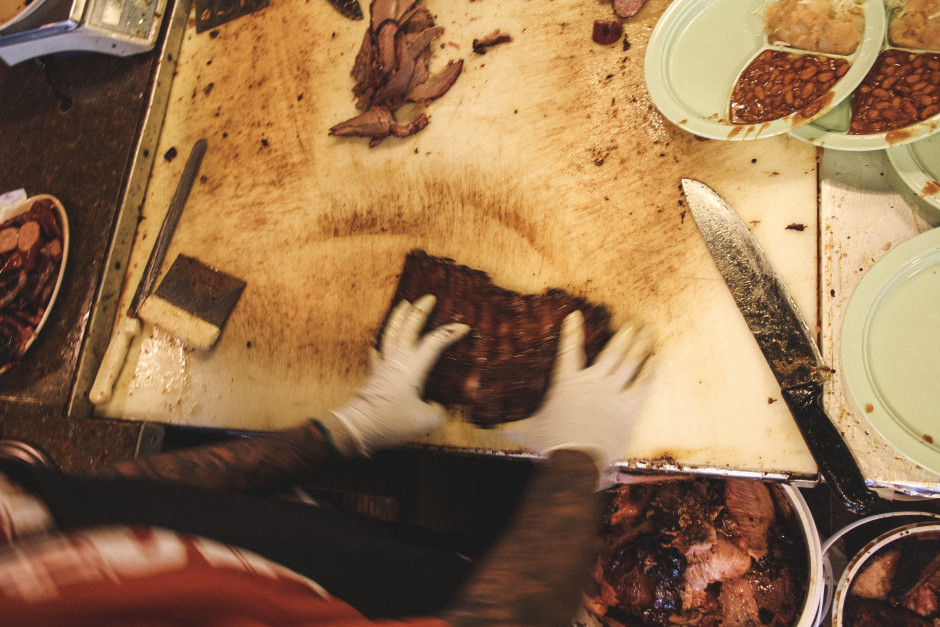 Driftwood, TX In the game of smoking meats, few legends loom larger than Scott Roberts, owner of The Salt Lick. The original location is tucked into the side of Texas Hill country, in Driftwood, TX, and holds a special place in the heart of most Texans. Their meats are world class and rank at the top of what Texas offers, but what keeps people coming back is the atmosphere. Walking in the door you’re greeted by a cornucopia of meats on the finishing grill with sausage dangling above. A never-ending stream of live performers, a pleasant waitstaff and an ice-cold margarita are all par for the course. If you have the means, we highly recommend dropping your helicopter on their helipad for a quick bite to eat. Just don’t ask to take pictures of their pits, or you might find your camera in with the logs. 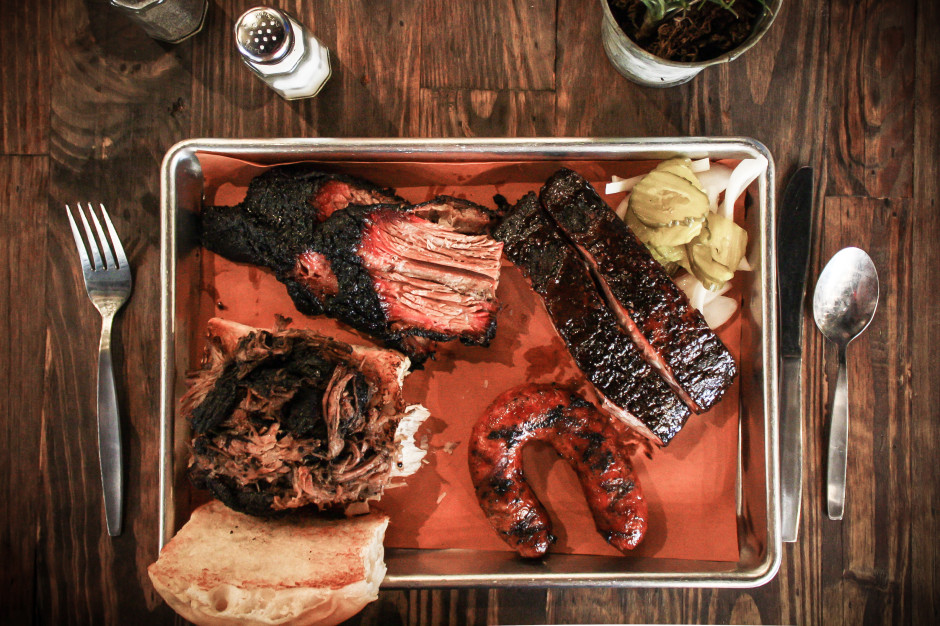 Deep Ellum, TX North Texans love their barbecue, too. In the heart of Deep Ellum lies Pecan Lodge, consistently rated one of the best ‘cue joints in Texas. Pit master Justin Fourton began smoking brisket as a favor for family reunions. This quickly morphed into a food stand at the local farmer’s market and finally ended up as a bona fide establishment, even featured on Food Network. The first bite of brisket caused involuntary groaning at the table and Texas-sized smiles on our faces. The pulled pork sandwich was equally good with one of the two house sauces. Expect to stand in line for an hour or so, because even Dallas city slickers know where to find good Texas barbecue.

As seen on Gear Patrol.

Food of the Amazon

How to Eat Piranha